British Car Night At The Pony Corral On Grant. 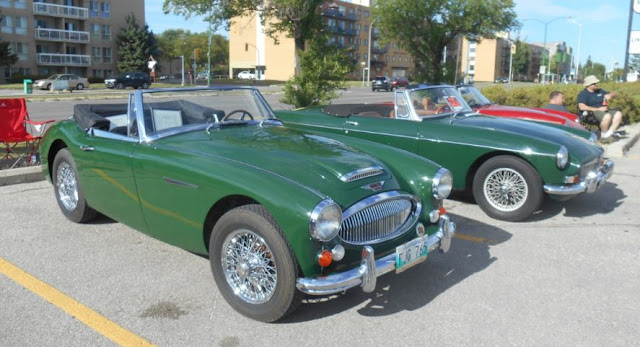 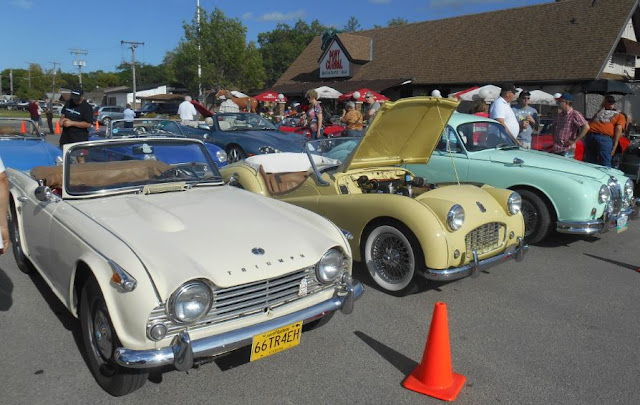 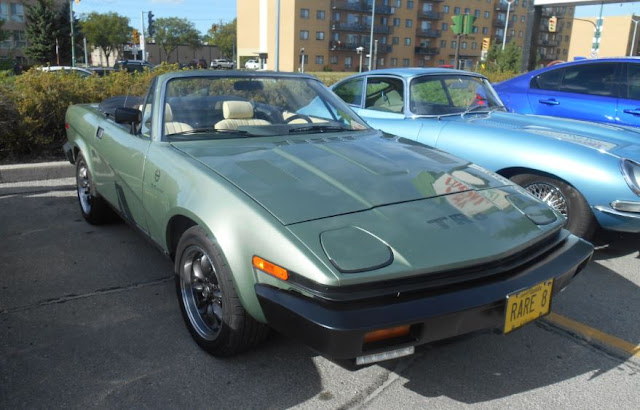 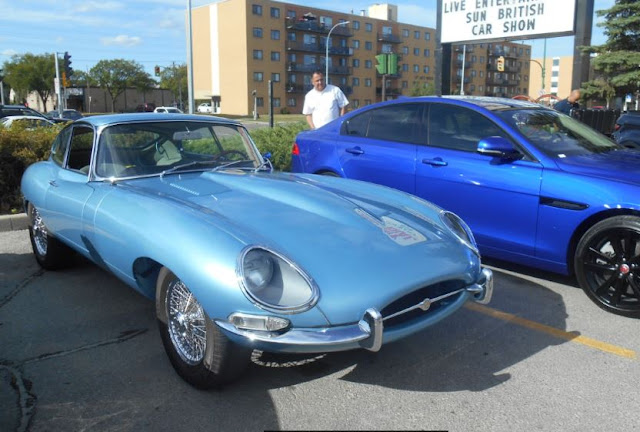 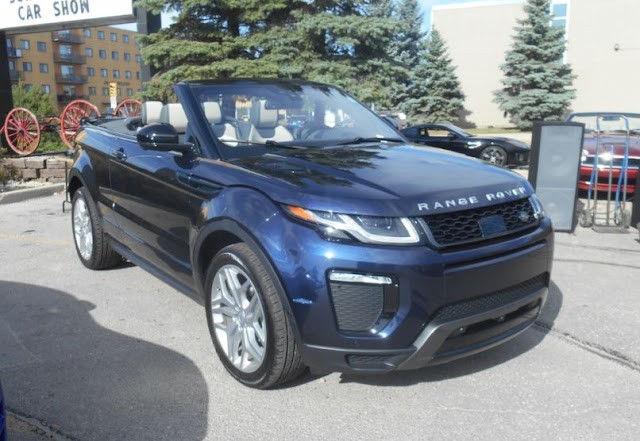 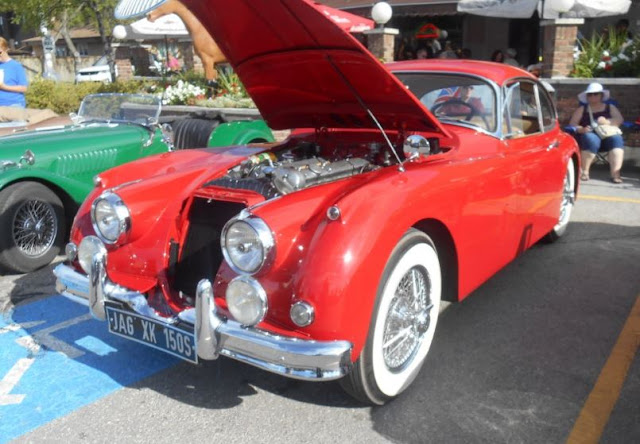 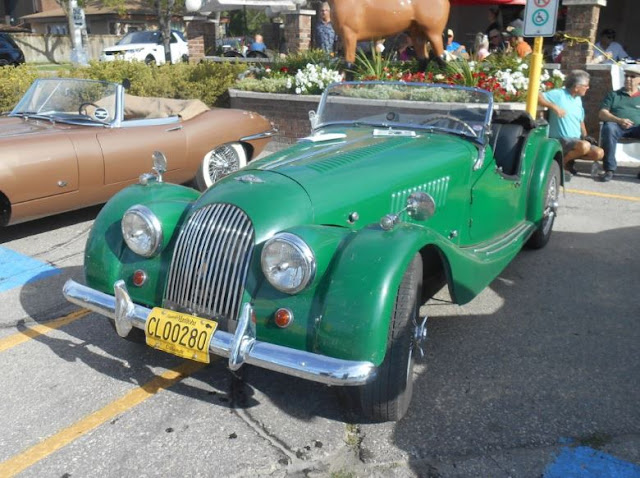 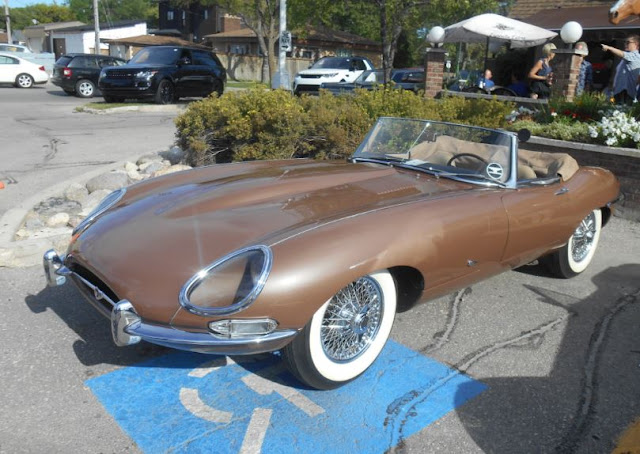 ____Plenty of old British cars in amazingly good condition plus all the American marques and Japanese tuning machinery on another sunny Sunday evening in Winnipeg.
Posted by chris arbon at 9:34 PM No comments:


____ Out of the yard at midday on Tuesday with one objective in mind: free food. Having a regular run down to Laredo with the peat-moss has let me fine tune the journey to include a free breakfast buffet on Thursday morning. Tuesday night at Vermillion, Wednesday at the Oklahoma City Petro Stopping Centre and down to the Winstar Casino by 8 o'clock in the morning. It's not for everybody; you have to be over 55 and a member of the casino's Players Club but it is a massive free buffet and even coffee and fruit juice are included. I reckon everybody over 55 who lives within twenty miles car-pools to the Winstar for free grub. It's a half mile walk from the truck-park to the restaurant through a maze of a thousand slot machines but I avoid the temptation by leaving my wallet in the cab and just take a couple of dollars to tip the waitress.

____ Unloaded on Friday morning and as usual, there is a pre-loaded trailer that has come over the Rio Grande and is waiting to go to Mississauga, Ontario. It is a struggle to get to Hillsboro, just south of Dallas, as traffic on Interstate 35 is stop and go all the way. But the delivery is not booked-in until Tuesday afternoon, a whole day on the trip longer than necessary. I do need a few bits and pieces from the truck-superstore at the Joplin 44 Petro; so that's the way to go. From Joplin, it is the old Route 66 to St. Louis and then all the way to Chicago. Now Interstates 44 and 55 with every truckstop selling 66 memorabilia.

____ I am in the Flying J at London, Ontario, just after lunch on Monday and have time to checkout the new Blue Beacon Truck Wash that is now on site. The Kenworth always looks good after a wash and I have a whole day to admire it. There is another Ruby Truck Line waiting with the same load as me; he reached London before me and has an appointment for a Wednesday afternoon delivery. I'm sympathetic but glad I'm not him. Eventually, I poodle up to Mississauga and get unloaded at the RDC. Good news is that there is a reload from Sudbury, Ontario, loading at 8 o'clock in the morning and going to Winnipeg.

____ A charity load of clothes for the National Diabetes Trust and the second charity load of clothes in my career. Sudbury figured in the first load too; I was living at Sudbury, Suffolk, England at the time. The load was ex-military nurses' uniforms from a government store in Hertfordshire and they went to Warsaw, Poland. The only difference between the loads was that the clothes in the first load came in brown paper parcels tied-up with string and the second lot were in black bin-bags. Both trailers were packed to the roof, front to back and took all the morning to be loaded by hand.

____ From Sudbury, it was west on Highway 17; slow going to Sault Ste. Marie with more roadworks than ever. From the Soo, traffic thinned and at last I got moving. Early evening on the ups and downs of the Seventeen where the Shield slips under Superior. The roar of the Detroit alternating with the bark of the Jake. The lake, a mirror of calm. Window open, stereo blasting with the Jam's Entertainment; thinkin' bout me holidays. Through Wawa; pushing on to White River while avoiding the night danger; knowing that if I made it, then home would be only one day away and the start of a week off work.

____ It seems every trip, just lately, has been at least one day longer than it should have been; so I leave in a frame of mind that makes me think that this will be no different. Away at mid-day on a Tuesday with rolls of paper that need to be in Laredo on Friday morning. First night at the Coffee Cup Travel Plaza, where extensive building work is turning the place into a major truckstop. I don't know how much longer there will be parking space for late-comers, as there always has been. They will be looking for increased business; the newly concreted parking area will have cost a fortune.

____ Day two takes me from Vermillion, South Dakota, to Oklahoma City via the Kansas Turnpike toll road; the fastest route. Since the implementation of electronic logs; I have taken to clock-watching in a big way. Red traffic lights, four-way stops and anything else that stops the wheels turning while the clock is ticking needs to be avoided. Over the years, I have tried all the different routes to Texas. I know all the rat-runs, the back-doubles and all the short cuts; I'm sure that if I used them all on one single trip then the whole truck and myself include could quite easily disappear up my own back-side. But the best way to keep moving is to use the Interstates and keep away from as many big cities as possible.

____ It is not always possible to drive traffic-free toll roads and Thursday sees my fare share of delays through the road-works of Fort Worth and Temple plus the stop-and-go on Interstate 35 caused by the sheer volume of vehicles. But I make it to Encinal, just an hour north of Laredo. The paper is unloaded by noon and I head off to swap the empty trailer for a pre-loaded one that has just come across from Mexico. A Tuesday morning delivery in Calgary, Alberta, with instructions to cross into Canada at Portal, North Dakota. The office reckons that I will not have enough driving time on the electronic logs if I go the usual way via Colorado, Wyoming and Montana. It is quicker to get back to Canada via Portal and then the more lenient driving hours of Canada would let me keep moving without a 36 hour reset. But I have never failed to get out of the US when I have gone the normal way. I would love to prove them wrong but somebody must have run out of hours and now they don't want to have another late delivery. Anyway, it is an extra 200 miles via Portal, so I say nothing.

____ US Highway 83 goes north out of Laredo and is still going at Minot, just 90 miles from Portal. It is a good option to the busy Interstate 35 on a Friday afternoon; avoiding San Antonio and Austin. Long straights and a few small towns before I enter the area known as the Texas Hill Country. There, Highway 83 takes me down memory lane; back to 1983 and the French Department 83. Var, in the South of France. The same terrain, limestone hills and escarpments. Dry stoney soil that is good for grape growing and not much else. The same temperature, hot and still, as the road twists and turns, rises and falls. River beds dried out to a trickle. So many similarities to Var, where in the Summer of 83, I had the time of my life with windsurfing, women and wine.

____ I am on Lac de Ste. Croix at the mouth of the Gorge du Verdon when I sail past a broken-down truck on the shoulder at the brow of a hill. Bugger! Was that a Ruby Truck Line motor? It is five miles before I can safely turn round and go back. They have been sitting there for two hours with a brake problem. It might be an easy fix but they assure me that help will soon be there. Great; I didn't fancy scrabbling around under trailer in the dust and one hundred degree heat. I check they have food, water and a phone signal before throwing in another u-turn and cracking-on for a night at the Conoco Four Corners, just south of Ballinger.

____ After singing the praises of fast-moving interstates, I continue to take Highway 83 for the next two and a half days. Up out of Texas, after the Hill Country gives way to the cotton fields. Through the pan-handle of Oklahoma, into Kansas where feed-lots beside the 83 fatten the cattle before nearly all of it goes to National Beef Packing Company at Liberal. A night at Mittens Truckstop at Oakley where the night time temperature falls enough for me to sleep without the engine running and the a/c blowing. Then to Bismarck, before getting back into Canada with six hours of driving time to spare; enough to get to Redcliff on Monday night and just leave a couple of hours in the morning.

____ A trailer switch at a Calgary RDC and I'm off to Edmonton with an empty; Loading in the afternoon with paper for Laredo. The office instructs me to take it back to Steinbach; I won't argue with that either. Rolling-over the driving hours, I keep below the seventy hours in seven days and roll back into the yard at lunch-time on Thursday. At last, good miles and a trip that didn't have any delays.