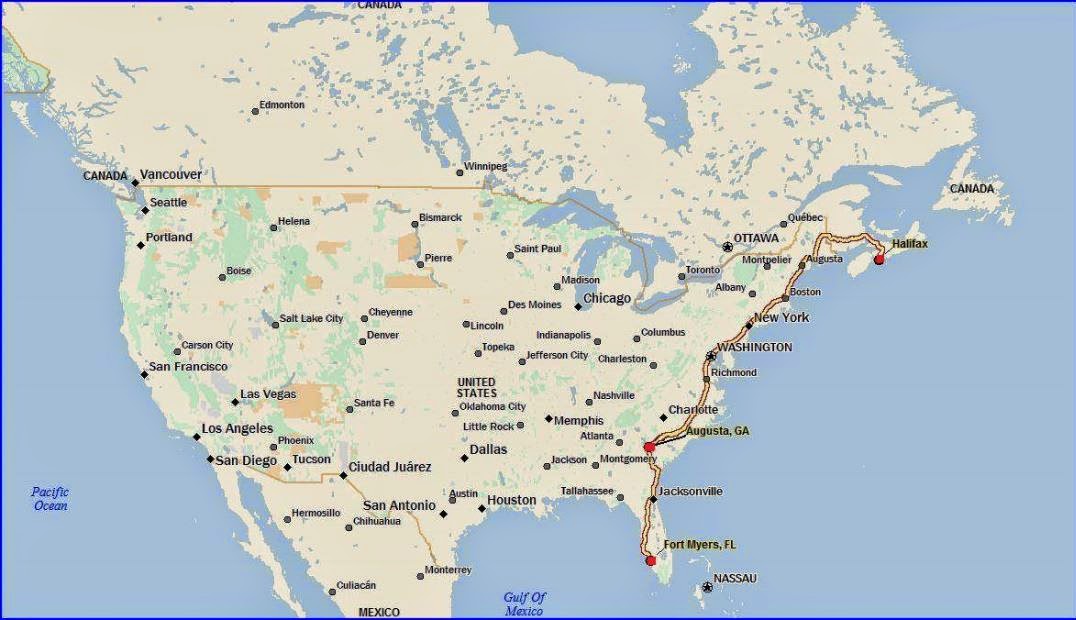 ____Part 2: A load of agricultural equipment from Augusta, Georgia, to Halifax, Nova Scotia. A lot of mileage on Interstate 95; catching heavy traffic in the road works south of Washington, DC. An early 2 pm. finish lets me start again at Midnight; something I wouldn't normally do, but with the cities of Washington, Baltimore, Philadelphia and New York to be traversed it seemed like a good plan. By 6 o'clock I was crossing the George Washington Bridge on to Manhattan Island. North of Boston to the Maine town of Augusta for an early afternoon finish. It was about five years since I had been to Halifax. I wracked my brains for a place to park; all I could think of was Enfield. A ramshackle old truckstop with the lasting image of two old red Dodge tractor units that called it home. I could still picture the huge ram's head hood ornaments but when I arrived; I found a brand new Irving Big Stop Travel Plaza. Just the place for an hours reset.
Posted by chris arbon at 8:15 PM