Hang Up and Drive.

____World's Best-Ever bumper sticker: Hang Up and Drive. There are now laws forbidding the use of hand-held cellphones whilst driving but this has not curtailed their use. Rush-hour on a Kansas City Interstate and a red pick-up truck comes steaming down the on-ramp with the drivers right hand slapped against the side of his face. He has no idea of the havoc that the next ten seconds of his conversation will cause. Luckily. my load of flax-seed was so tightly packed that it had no-where to go under extreme braking. It was also fortunate that all the other road-users had some where to go and could avoid the red menace.
____Something has to be done! And I believe it has to be the cellphone service providers that bring a stop to the chaos that their product is causing on our roads. Technology is available that could render a cellphone in-operable if it was travelling at more than 20 mph and not connected to a hands-free headset. I'm sure that electronic circuitry could be added to a SIM card that would link a GPS application to the off/on switch. The law is not working and something needs to be done; the cellphone companies are prosperous money-making enterprises and need to be held responsible for the situation.
____I'm not a great fan of texting; but I'm not anti-cellphone. It has brought about the biggest change to the road transport industry that I have seen during my career. Communication is everything and talking on a hands-free headset is no different from talking to a passenger in the vehicle. Long conversations with fellow drivers has become part of a driver's day and helps pass the time on long tedious sections road. The free service offered by most networks when calling a same-network number makes endless gossiping very popular. I confess to using the numbers on my speed-dial just because I'm bored; but all to often they are already all talking to each other. 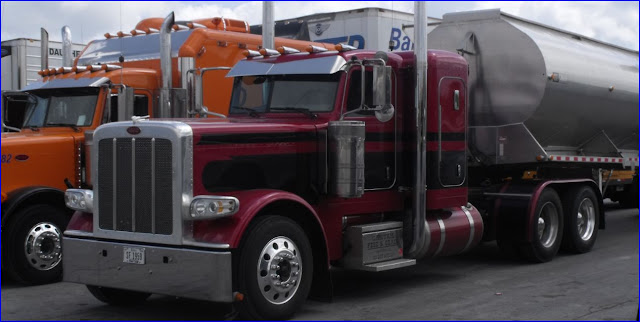