____ I could have left in the early hours of Monday morning; to get to Thunder Bay for a 2 o'clock trailer drop in the afternoon. But the risk of an animal strike in the night and the disruption of my sleep pattern make me decide to leave on the Sunday afternoon before the Bank Holiday. I drop the trailer at ten in the morning and bob-tail to my next job; a pre-loaded trailer to Berkeley, Illinois. Into the States at the Grand Portage border post; followed by the picturesque lake-shore drive alongside Lake Superior, down to Duluth and onto Trego for the night. 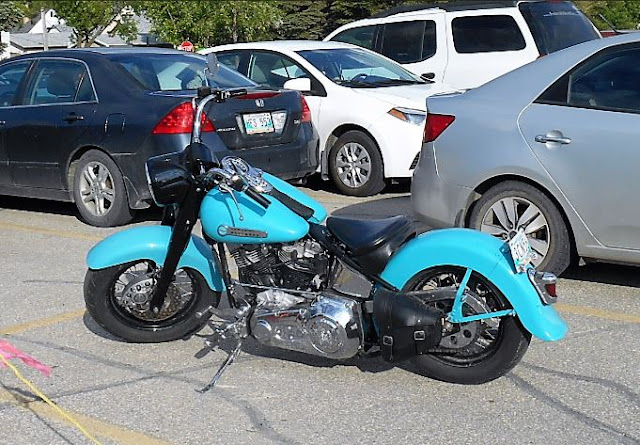 ____ This job has so much time on it. Wednesday morning delivery on the out-skirts of Chicago. To Rochelle, for the night-before and a meal with fellow Brit and Penner driver, Martyn Parsons.  He is homeward bound and I have expectations of catching him before Steinbach. I have my reload which is just twenty kilometres away at Elk Grove. But after a quick tip things take a turn for the worse. The reload is from a chaotic warehouse chock-full machinery. It takes until six o'clock in a thunder-struck evening to get my stuff and get out into a slow-moving rain-soaked crawl out of town. Just enough time in a fourteen hour spread-over to get back to Rochelle. 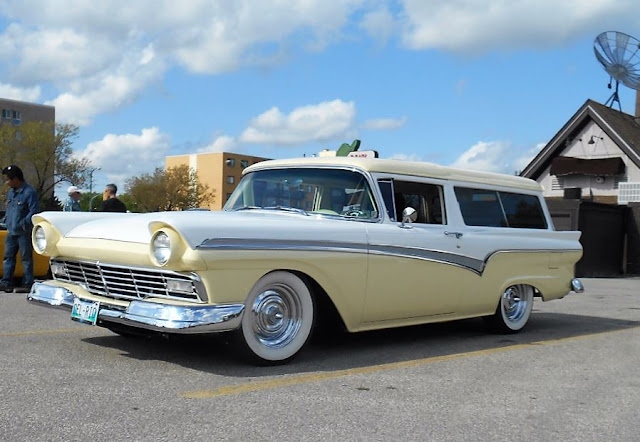 ____ At last, the Thursday gives me chance to clock-up some miles. A good run up to Fargo, 10 hours on the bunk and a dash to the border and back to Steinbach. The load was for Calgary, but like just about every trip: it is a drop-trailer-in-yard scenario. Most West-bound freight doubles-up to make a turnpike roadtrain these days. It is the Bank Holiday season and work looks thin; so maybe an extra day-off and a visit to a car show. 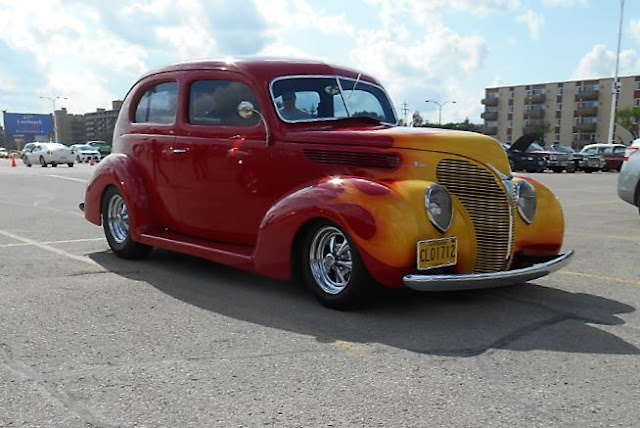